Ironbridge Road
A turnpike road built in 1828 using the parish poor.  It linked the Bridgnorth turnpike with the Iron Bridge and provided an easier grade route avoiding the town centre and the steep Bridge Bank at Benthall. When it was constructed Broseley was a depressed area with a declining population.  It was not until the 1970's that the population returned to the levels of the early 19th century.

Looking North towards Jackfield the road has remained semi-rural.    The cottage on the left was the toll cottage for the turnpike.  An alternative route to the Severn was using the right hand turning, from which a lane led to the Tuckies. 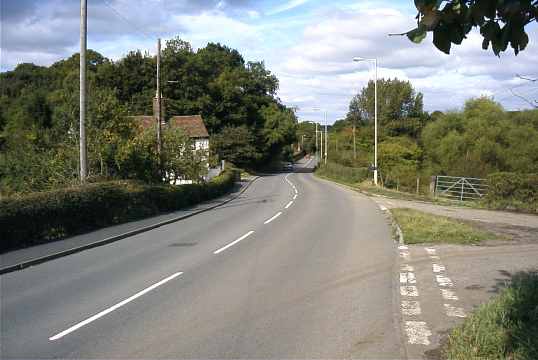